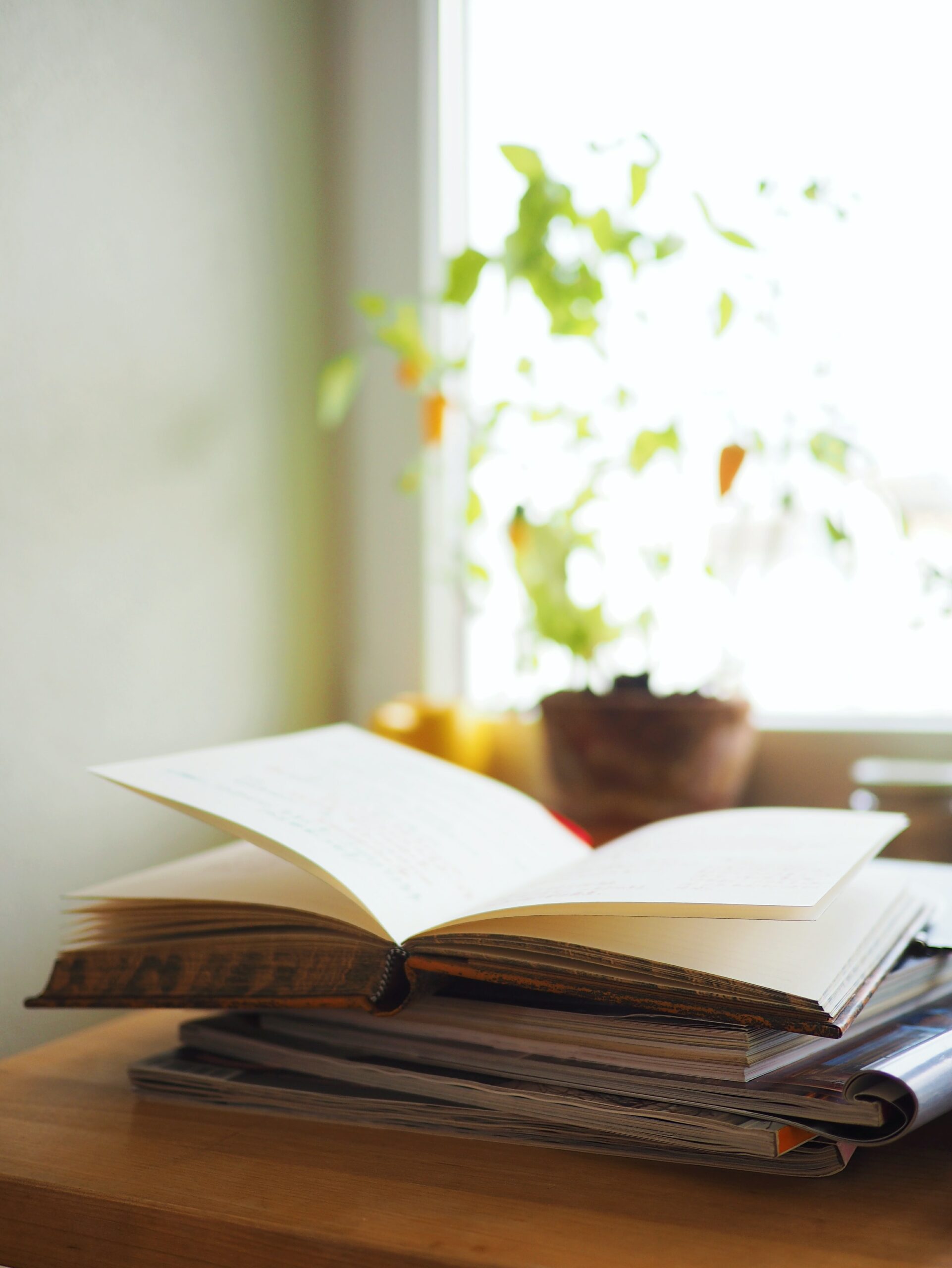 What does Shakespeare have in common with Buddha? It comes from this comparison that seems fragile Buddha and the Poet: Where Shakespeare’s Theater Meets Buddhist Writing (Mandala Publishing), a clever and engaging book by Lauren Chaufran. Shofran, who has a PhD in literature, uses this juxtaposition as a heuristic tool, using it to show how reading “Shakespeare toward the Buddha” can enlighten the Buddha’s teachings in surprising and often poignant ways. Each chapter begins with a quotation from a play and becomes a major part of Shakespeare’s Lessons – lessons on how to read with nuance – and part of a Buddhist seminar, lessons in the basic truths of existence. The book’s central thesis is that Shakespeare’s insightful talent for depicting the human condition is an ideal tool for understanding the Buddha’s teachings about transcending our existential predicaments. One of the lessons we might draw from this kind of reading, where “[t]Shakespeare’s Osh to Siddhartha repeatedly, “is the realization that this ’embodied drama we live in is only a part of the truth’, and that we are ‘infinitely more extensive than the phenomena we experience in these bodies, with their little stories and their changing feelings’.”

‘But I’m too young,’ laments Lumi, the young hero of author and illustrator Molly Cox’s latest comic book. Lomi: Adventures in Kindness (wisdom). And who, after seeing the images of distant galaxies stalking us through the Webb telescope, could argue with it? However, Lumi quickly learns through the help of a friend that every being is capable of kindness and service, regardless of size. With its totally unique images created using photography, digital illustration, and assembly techniques, this amazing children’s book delivers page after page of luminous, iridescent images that radiate a sense of playful adventure. Whimsical and wise, it’s a sparkling feast for the eyes that will delight readers young and old alike, all while teaching important life lessons. As Lumi says, “Imaho! Isn’t that cool!”

“All Buddhists and ancestors were originally ordinary people…. We should not underestimate ourselves, thinking that we are fools or idiots.” This is one of the many exhortations given by the Japanese Zen patriarch Dojin (1200-1253) and recorded by his chief disciple Ijo in a Compendium of Informal Teachings, newly translated into English by contemporary Zen master Shohaku Okumura under the title Dogen’s Shobogenzo Zuimonki: The New Annotated Translation (wisdom). In this bilingual version that introduces English alongside Japanese, Dogen’s eloquent teachings are shown in all their sincerity, revealing an equally rigorous and encouraging teacher, who praised discipline but also advised flexibility. Welcoming features of this volume include the biographies of Dogen and Ijo, an account of Zuimonki’s textual history, and a collection of Dogen’s poems with Okumura’s insightful commentary. The poems show us a more complex side of Dogen, because although he realizes that words are unreliable, he never stops using poetry as a means of expressing his experiences: “For the Dharma is / Behind the words I spoke / Leaves no trace / In brush strokes”.

You find the idea that truth is unspeakable is most famous (in) in the Mahayana Sutra which depicts the layman of Vimalakerti; When Bodhisattva Manjushri asked him to explain his indifference, Vimalakirti chose to remain silent. This text, with its Mahayana-inspired presentation, is often seen as a great composite sutra par excellence. Fortunately for us, a very important new translation has been published with the name Vimalakirtinirdesa: Vimalakirti . Education (Mangalam Press), translated by the late Luis Gomez and Paul Harrison, with contributions from the Mangalam Translation Group. For the first time ever, we have a full English translation of Sanskrit origin – earlier translations were done from Classical Chinese or Tibetan, which consider themselves translations from Sanskrit – which were considered lost until a manuscript appeared in 1999 at the Potala Palace in Lhasa. More than a decade in the making, this accurate translation by respected scholars is idiomatic and lively in its English performance. It is a massive research work that bears indelible traces of what Harrison describes as “the chemistry of academic collaboration”, yet it makes no claim to determinism. In the words of Harrison, Vimalakirte is “a difficult customer, and translating him is no less difficult than visiting him to inquire about his health. As always in the last word, our translation will certainly not be all that can be said.”

If the Mahayana asserts that the words in the end do not do justice to reality, then the Vajrayana takes that predicament and leans towards it. Rather than throwing out words, he uses elaborate symbolic and ritual language to draw attention to his own rhetorical devices, thus providing an “opportunity to recognize our connection to the linguistic constructs of reality.” Georgios T. Halkias and Kristina Bartsalaki examine how this works in Copper Mountain: Jigme Lingpa on Rebirth in the Pure Land of Padmasambhava (Snow Lion), a volume that appears to be a translation and commentary on an eighteenth-century treasure text, but which actually stands out in larger questions of context. What does “pure land” mean to diamond car followers? What is the literal and figurative vision that Jigme Lingeba prayer aspires to achieve? What can this prayer tell us about the interface of the text and practice? The authors are sensitive in their reading of the verses, balancing a scholarly perspective with an exegetical angle that demonstrates the importance of each stanza for meditative practice.

In her white or green hues, Tara is widely known as a peaceful goddess who rescues and protects, but many of her twenty-one looks are red and semi-angry in the face. Little has been written about these red hues, a gap that Rachel Stevens fills in Red Tara: Female Buddha of Power and Magnetism (Snow Lion). The volume provides an overview of the history and myths of Tara as a Buddhist deity before delving into the peculiarities of her fierce incarnations. Red Taras represent magnetizing and subjugating powers that are necessary to practitioners such as those that act as pacifying, as they serve to attract the mundane and transcendent elements that the practitioner needs on the way. Stevens explains the various ways in which the powerful force of attraction of Tara – her “magical side” – in her red forms subdue the obstructing forces on the path to enlightenment. This Tara is not only a savior, but also a pioneer.

Major Beldron (1699-1769) was an extraordinary woman of her time. The daughter of the famous treasure liberator Tyrdak Lingpa who founded the prestigious Mindrolling Monastery, she lived as a celibate nun and received religious education opportunities not afforded to her sisters, eventually becoming a specialist in the Great Perfection. Tibetan Nun Mingyur Peldron: A Woman of Power and Excellence (University of Washington) by Alison Melnick Dyer paints the complex matrix of privilege and disadvantage embodied by Mingyur Beldron as a woman born into a prominent family but nonetheless forced to follow a path unique to herself amid changing circumstances and hardships. She became a leader in her religious community, carving out a space in which she relied on her knowledge rather than family ties to gain widespread respect.